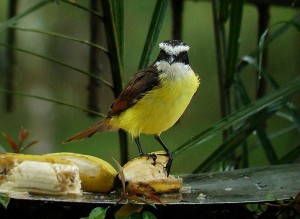 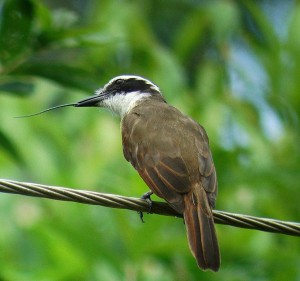 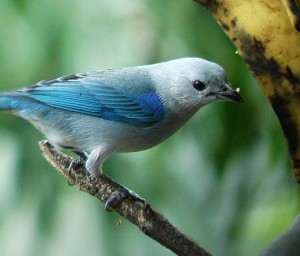 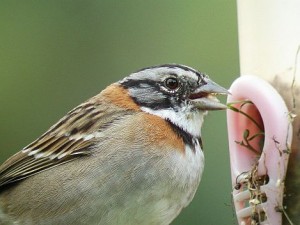 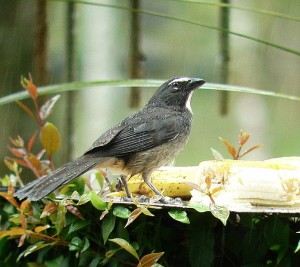 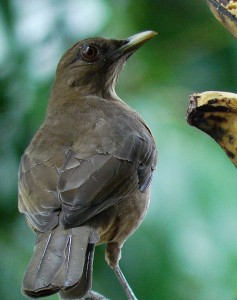 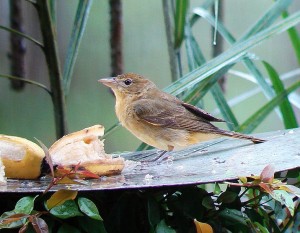 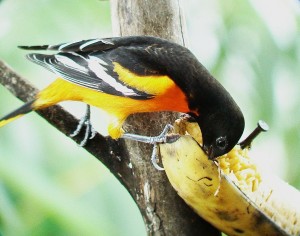 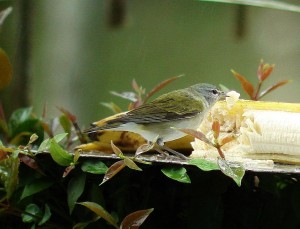 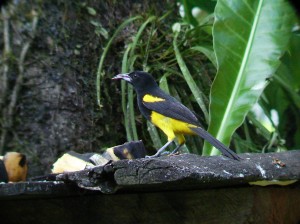 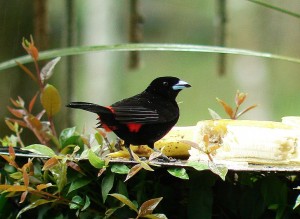 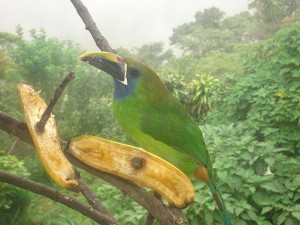 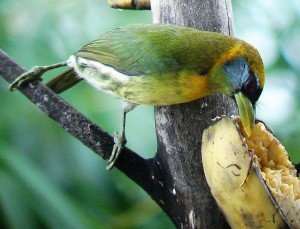 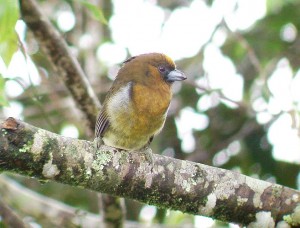 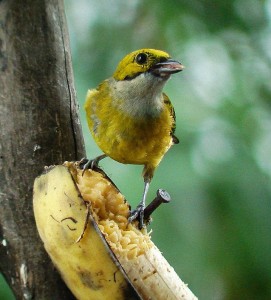 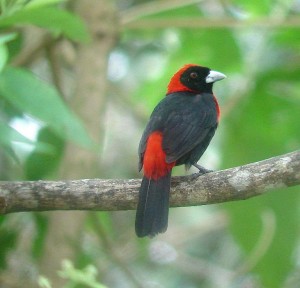 “my backyard had an unholy affinity for Pigeons, Starlings and House Sparrows” ….this is good stuff. Ain’t that the truth, though, about the pigeons… I could do with a few less pigeons crapping on my car in NJ all the time. In an unrelated event I saw what looked like some type of odd eagle today soaring in slow circles above the trees in Whippany, NJ at about 10:00 am. It was brown, large wingspan, huge talons, and had a somewhat lighter-colored head from what I could see. Not sure what type of eagle it was, exactly…

Sounds cool (the raptor, not the pigeons). I would probably have to see a picture to tel what it is.

[…] and Birding has the goods to clean up on Best Example of a Envy Inducing Feeding Station with Costa Rica Feeder Birds, and that’s before you get the Crimson-collared […]

Someone posted a comment expressing their disagreement with being impressed by a Coopers Hawk wacking (killing, preying upon) a Mourning Dove. He also appeared to feel that feeders baited birds or were perhaps ungentlemanly. I was sure that I approved his comment but unfortunately can’t seem to find it.
For the record, I am just as impressed by Mourning Doves when they are not exploding in a ball of feathers while being attacked by some beautiful raptor (although if you don’t find this impressive then I think you need to reexamine predator-prey relationships and your views of the natural world in general). I also watch far more birds going about their business in wild habitats than seeing them visit feeders.

I’ve just returned from Costa Rica and a guide that we hiked with several times referred to a bird we saw as a “Tragon” (with accent over the o) and mentioned that there were four types, Tragon Amarillo, Tragon Rojo, Tragon Verde and Tragon Azul. I understand “Tragon” to mean “greedy”. First, is my understanding correct? Second, is there another name for this species??

@Will- He was referring to “trogons”, a bird family with several colorful species in Costa Rica, including the Resplendent Quetzal.

I m seriously considering a permanent move to Costa Rica in the fall of 2019. There are a few things I’ll miss terribly though; one of those being the Boston Red Sox another one: my backyard birds. For the past 25 years mfeeding station has been a reliable pit stop for migrants. Dense shrubs and a reliable food source are reliably available for wintering birds and for nesting in the spring. At the risk of sounding like a crazy bird lady, I have to admit that I have a sort of relationship with these birds who count on me and I feel as if I’d beabandoning them when I go.