Ok, so I’m talking about Laos, that narrow, southeast Asian country and not a town in Costa Rica. The importance of this news though, supersedes both human-constructed frontiers and barriers imposed by continental drift and so I mention this discovery at a blog about birding in Costa Rica. Although It seems that with every exploration and attempt at understanding our world’s biodiversity, species new to science are described, these tend to be arthropods, fish, and amphibians. Among the most studied and watched of organisms, it is a rare occurrence when a “new” bird is found, especially so when the bird looks as amazingly distinct as this recent find from Laos.

First seen by an ornithologist in 1995, when R.J. Timmins related his sightings to his colleagues, no one even considered that he may have seen an undescribed taxon. A bald-headed songbird just sounded too strange and since a “naked head” is a condition that can be explained by factors such as molt or disease, the initial discovery was overlooked. When the birds were seen a second time in 1999, they were once again overlooked and written off as possibly being Light-vented Bulbuls. It wasn’t until 2008, that ornithologists carrying out surveys in Laos realized that they had definitely come across an undescribed species. A bird guide and tour operator for southeast Asia also independently discovered the Bare-faced Bulbul the same year; his account of finding this amazing bird highlighting the gap too often found between ornithologists and birders as he hadn’t heard about any of the previous sightings.

If you are wondering why this bird went overlooked for so long, the answer can be neatly summed up in saying, “Never underestimate how incredibally biodiverse Earth is”. The Bare-faced Bulbul was at first overlooked because assumptions were made based upon a faulted hypothesis; that there weren’t any undescribed birds in the area they were surveying. Even though the first two sightings didn’t match any known bird species, it doesn’t sound like the possibility of an undescribed taxon was given much consideration. Instead, the hypotheses that the birds had to be diseased or were a variant of another species of bulbul was assumed despite there being little evidence to support these ideas. Therefore, nothing was made known to the birding community about these strange sightings, information that may have led to the Bare-faced Bulbul being described sooner. The importance of describing a bird that is new to science sooner rather than later, can’t be emphasized enough in light of the high degree of habitat destruction occurring on both the local and global scale that has been detrimental to hundreds of bird species. I realize that one doesn’t want to raise false alarms about the occurrence of “possible new species”, but information about sightings that merit further investigation could at least be shared with the birding community to increase the chances of undescribed birds being found before they go extinct

Fortunately for the Bare-faced Bulbul, it probably isn’t endangered at this time because there is a good deal of the habitat in which it was found; dry forest on top of limestone karst. This hot, craggy, inhospitable habitat also explains why it went undetected for so long and brings up the second manner in which the biodiversity factor was underestimated. In modern times, bird species tend to be described from little known areas that host unique vegetation types such as the white sand forests of Amazonia (which probably harbor more bird species awaiting description). If a distinctive, new bird species were to show up in Laos, it would likely be something that was adapted to unique, restricted habitats such as karst forest or unique vegetation types at higher elevations, especially since there are already several Asian bird species known to be highly adapted to this habitat (Sooty Babbler and Limestone Wren-Babbler for example).

So what does this say about Costa Rica? Although discovering an undescribed bird species in Costa Rica is pretty unlikely, habitats overlooked because of their inaccessibility or because they were thought to be “species-poor” should be investigated and birded just as much as rich, rainforest habitats because once again, biodiversity on this planet should never be underestimated. Although access might be limited at the peaks of Guanacaste volcanoes, Barra Honda National Park, or just south of Lake Nicaragua, and there might be fewer species than other better-known sites, bird species that are rare elsewhere might be more common here, and maybe something new for the country will turn up. 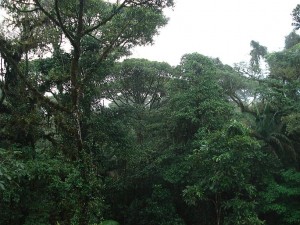 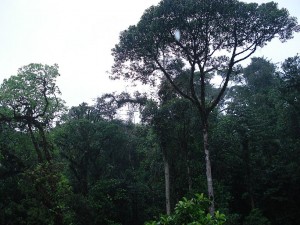 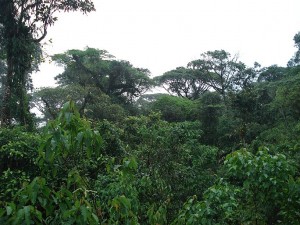