Poas Volcano (or “Volcan Poas” as it is locally known) is one of those dark green mountains easily visible from everywhere in the Central valley except for Cartago where the larger Irazu Volcano blocks it from view. Because of its proximity to San Jose, ease of access, and the fact that you can walk right up to the sulphury edge of the crater and peer down at the highly acidic lake, Poas is commonly visited by tourists. It’s not such a popular destination among birders visiting Costa Rica, however, because most get their high elevation birding fix in places like Savegre or other sites on Cerro de la Muerte.

With a timeframe of just two or three weeks to try and see as many of 800 plus bird species as possible in a number of distinct habitats, I can’t blame anyone for neglecting to bird the Poas area. In fact, if there is anyone to blame for not birding Poas as much as it merits, “c’est moi” because not only do I live here, but the volcano is also literally uphill from my house. Since it takes 40 minutes to drive up there, that’s a bit of an exaggeration but Poas is honestly pretty close to the homestead so I should be birding it more often. In defense of having not birded Poas so much in the past is the fact that it’s not easy to adequately bird the volcano with public transportation. I think there is a daily bus that leaves from San Jose but it doesn’t get up to the entrance until at least mid-morning and heads back down the mountain only three hours later. I can’t even use that excuse anymore, however, because I recently acquired a vehicle that can take me up the volcano lickety split.

I admit that I also had this idea that there wasn’t much habitat up on Poas so it was almost by chance that I headed up there last week. My main goal was to test a new camera and digital recording device in the Varablanca area but because there was more traffic noise than expected along the unofficially opened Cinchona road coupled with the realization that good habitat was just a bit too far away for good bird photos, I decided to check out sites only a 15 minute drive higher up on Poas.

Wind and misty conditions trounced all attempts at bird photography and recording of bird sounds in the temperate zone but the silver lining of the trip was the realization that there was a lot more quality habitat than I had expected. There isn’t a whole lot of bird friendly vegetation between Varablanca and the village of Poasito (expect for maybe Eastern Meadowlarks and Cattle Egrets) but there are a few spots with remnant, riparian cloud forest that should be checked and much better habitat once you reach Poas Lodge. The road up to the volcano in particular is where the pasture paradise for cows thankfully changes into temperate cloud forest to becomes the common vegetation scheme and is also where I will be checking for a number of bird species that could conceivably occur in the area. 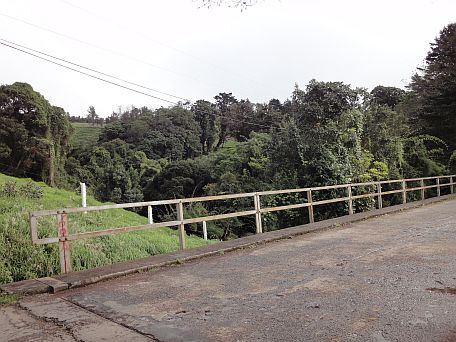 Quality habitat near Poas Lodge on a bad day for bird photography. 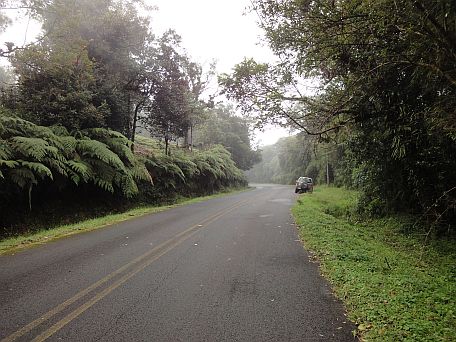 At least I could still get pictures of flowers. 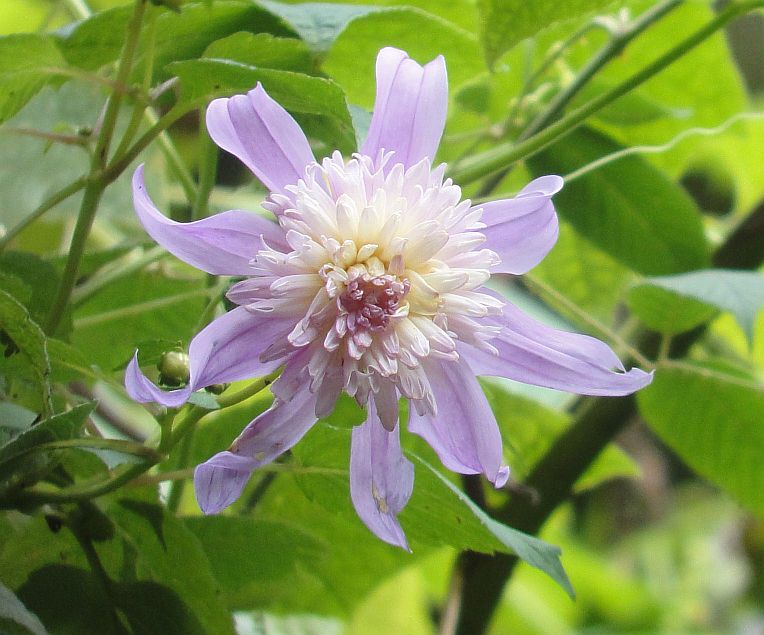 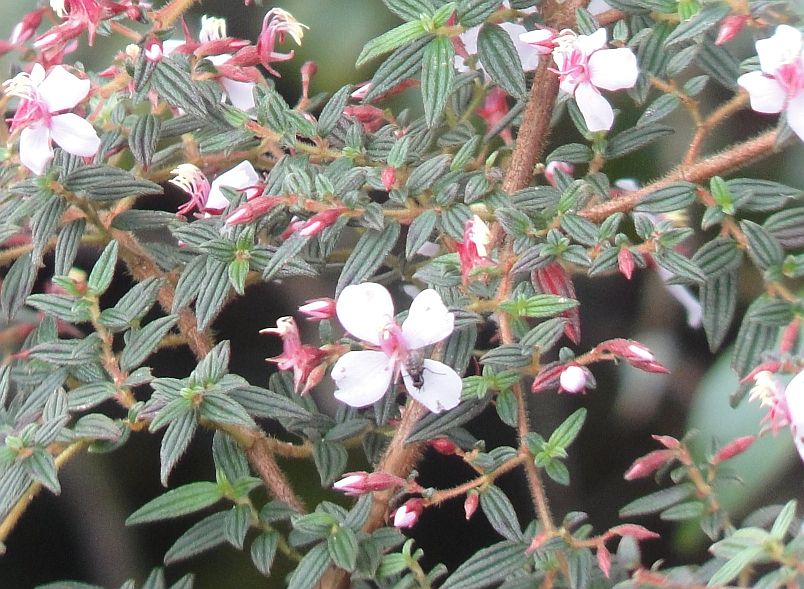 Bamboo is always a good thing because strange birds such as the Zeledonia and Silvery-fronted Tapaculo really dig it. Rarities such as Maroon-chested Ground-Dove and Slaty Finch also love bamboo but usually don’t show unless it is seeding. 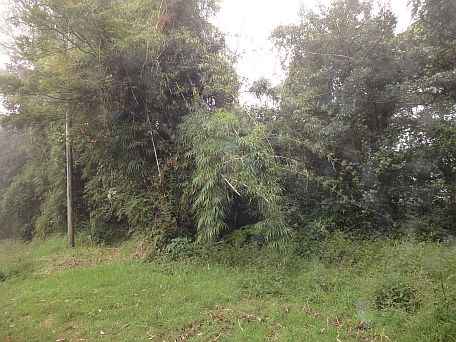 I use the word “conceivably” when talking about the Poas avifauna because hardly anyone birds its high elevations on a regular basis so I don’t know for sure what might be up there. I’ve got a pretty good idea but because it’s consistently hard to guess what might show up in complex, tropical ecosystems coupled with the fact that the area is situated on the continental divide, I wouldn’t be surprised at all to find a few species here and there that defy their distributions as shown in print. The other big reason why species lists for the area aren’t well known is simply because Poas is underbirded.

Sure, plenty of birders have paid the $30 entrance fee to experience the hummingbird madness of the Waterfall Gardens a bit lower down and some have birded the trails at Poas Volcano Lodge (which I also plan on checking out some day) but the high elevation forests on the way up to the entrance to the park and at the crater see very few birders and probably aren’t surveyed very often (if ever). I hope to change that by heading up the mountain that I see from town on a daily basis to do some early morning surveys as well as get up there when the sun goes down to search for a few choice nocturnal bird species.

My husband and I have birded a half-dozen times in Costa Rica, and almost always spend our first night at Poas Volcano Lodge. It is easy to get there from SJO, and is temperate enough to help us New Englanders acclimatize a bit before heading down to the foothills. At the Lodge itself, we’ve seen yellow-thighed finch, flame-colored tanager, slaty flower-piercer, emerald toucanet,volcano hummingbird, red-headed barbet,chestnut-capped brush finch, long-tailed silky-flycather. We’ve had good road birding starting a few miles below PVNP to the parking lot outside the park entrance gate. Easy birds there are black guan, fiery-throated hummingbird, blue and yellow silky-flycatcher, sooty robin. Silvery-fronted tapaculo and large-footed finch can be teased out of the brush around the parking lot fairly easily. All good catches within easy reach in pretty countryside.

I birded Poas NP twice on my first trip to Costa Rica back in February and found the birding to be pretty good. Large-footed Finch, Collared Redstart, Tropical Parula, Common Bush-tanager, Sooty Robbin, but no Volcano Hummingbird (I think they hate me since I am 0-4 in attempts now). Planned to go there to bird when in Costa Rica in July but time didn’t permit it.
Good Birding, I had a Snow Bunting today here in Florida! #393 for my state list!
Gallus

Patrick: another informative, highly readable blog. And for four of us planning to visit Poas Lodge during early 2011, very timely. As you continue to survey the area, I hope you post your findings. You might note that the owners of Poas Lodge do maintain hummingbird feeders (a recent blog entry documenting birds seen during one stay there listed seven hummingbird species) and occasionally stock a platform feeder with fruit.

You compiled a superb checklist for Quebrada Gonzalez (Braulio Carrillo NP). Here’s hoping we something similar for the Poas area in the future!

@Gary- Glad you like the post and glad that you mentioned the bird feeding info. at Poas Lodge. I will be posting about surveys around there and hope to make a list eventually.
@Gallus- Yes, sounds like Volcano Hummingbirds have something against you. Did you accidentally pick some of their favorite flowers? Nice one for Florida!
@Ginger- Thanks for mentioning some of the birds you have seen in the area.

For what it’s worth, these are the birds that I saw on Poas on 5/25/2005. It was mostly to see the volcano itself, but I did a little birding from the main parking lot, up to the crater, and then the other trail back down to the parking lot.