Cinchona is known in Costa Rica as the town that was destroyed by a 6.1 magnitude earthquake on January 9th, 2009. Most structures in that quaint town and the surrounding area collapsed, landslides wiped out large sections of route 126, and more than 30 people lost their lives. Birders were especially familiar with the area around Cinchona because of several birding sites situated along route 126. Virgen del Socorro was one of the most famous sites as it was an excellent area for middle elevation birds of the Caribbean Slope and the most reliable place in Costa Rica for seeing Lanceolated Monklet. 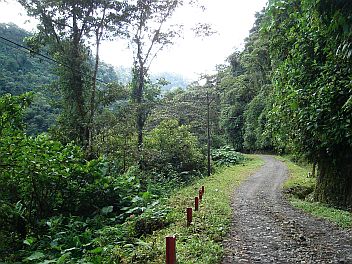 Virgen del Socorro before the earthquake.

The La Paz Waterfall Gardens were another site that was frequented by birders and many tourists, but the crown jewel for birding were two cafes with serious hummingbird action and fruit feeders that attracted both species of barbets, tanagers, Emerald (Blue-throated) Toucanet, and others. The abundance of birds, friendly owners, and lack of an entrance fee made those cafes a welcome, requisite stop when taking this scenic route to the Sarapiqui area.

All of these places were unfortunately very close to the epicenter of the quake and were severely damaged or seemed to have just disappeared. The road also vanished in places (it ran along the fault line that caused the quake) and it looked as if those classic birding sites were gone for good. More than two years later, I am happy to report that this is not the case. The Waterfall Gardens were back up and running a matter of months after the earthquake, and major improvements have been made to route 126. On a trip to the area last weekend, we were surprised to see how much work had been done on the road. Although it still lacks pavement, it has been widened and graded for at least half of its length and it looked like road crews were fixing up the other half as well. Although the upper section wasn’t officially open, many cars (including two wheel drive vehicles) and public buses are using it. 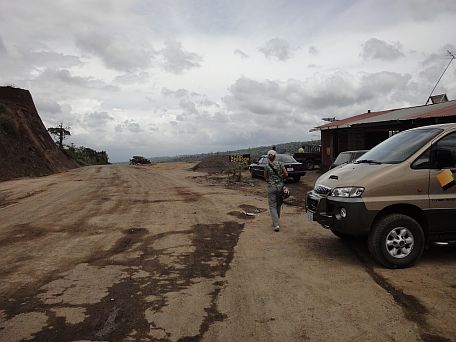 Habitat isn’t as good as it used to be along the lower parts of the road but there are some promising areas on the upper section that produced birds such as Dark Pewee, Tufted Flycatcher, a flyby Chiriqui Quail-Dove (!), Barred Becard, Red-faced Spinetail, Scarlet-thighed Dacnis, and other expected middle elevation species during visits in February. You can also visit the La Paz Waterfall Gardens to watch an abundance of hummingbirds and see their “zoo” of rescued animals but to be honest, the $35 per person entrance is too steep of a price to pay for birding in my opinion, and especially so because you can see the same species at other sites in the area.

One of these is the new Hummingbird Cafe. It appears to be located on or near the same spot as the former and might be run by the same people. It is much smaller and a shadow of its former birding glory but it’s still worth a stop. On a visit last weekend, the following hummingbird species came to their three feeders: Violet Sabrewing, Green Violetear, Green Thorntail, Green-crowned Brilliant, and White-bellied Mountain-Gem. Most of these were single birds and there wasn’t a huge amount of action but I still got some ok shots and other species probably show up from time to time. 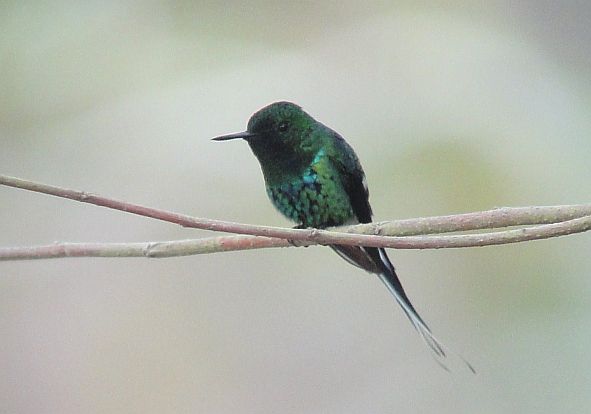 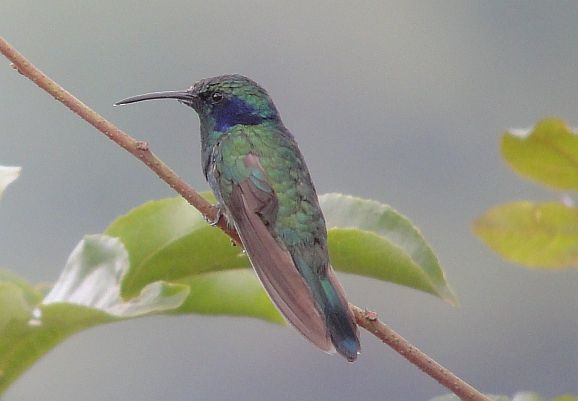 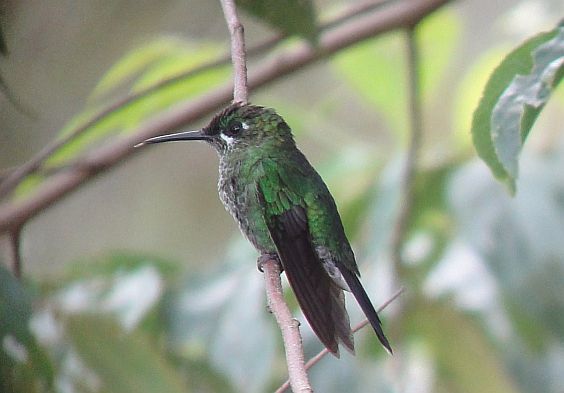 We also had a White-crowned Parrot that perched on a snag and showed off its colors. 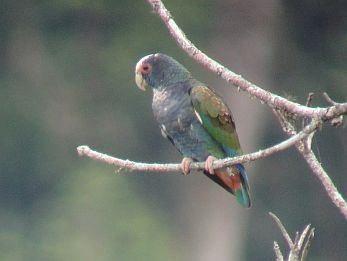 Virgen del Socorro was visible down below and a road could be discerned that descended into the gorge but as far as we could tell, it was only accessible from the other side of the river. Despite being very familiar with the entrance road to Virgen del Socorro, I failed to find it. I still hope it’s there but strongly suspect that it was more or less destroyed. Perhaps the forested gorge at Virgen del Socorro can still be visited from the village of the same name on the other side of the river? I fear that much habitat was destroyed by earthquake spawned landslides and floods but it would be nice to see if the monklet is still around as well as Bare-necked Umbrellabird (I have heard them there in the past and they were also seen on rare occasions).

Enjoy reading your reports! I was in Sarapiqui 2 weeks ago and decided to look for the birding trail just past Cinchona that I had heard about from a guide at Tirimbina- drove past Cinchona and eventually was stopped by a road crew repairing the still damaged road, so I never found the spot! Keep the reports coming !!!

@Ron- Glad to hear that! I might not get a chance to post this week but will report on El Toucanet Lodge soon. I will have to check out that spot- I wonder of it is the Madrono Trail (owner charges something like $30 to enter)?