Before my first trip to Costa Rica, I prepared for it like a commando on an all important mission. There was a scheduled departure date printed on my plane ticket (no e-tickets back in 1992) and the destination was San Jose, Costa Rica. This meant that I had a near certain date with a baptism into neotropical birding and I of course wanted to see everything. I realized that I wouldn’t see vagrants or rare species but should see most of the birds on lists for sites to be visited. After all, how hard could it be? Spend enough time in the right habitat and the birds will be there. I was an experienced birder so even though I didn’t know the vocalizations, I should still be able to track singing birds down and tick them off the list with a definite check of the pencil (or pen). 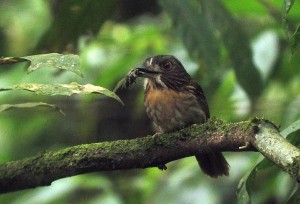 I wasn’t able to put a tick next to the name of  White-whiskered Puffbird after my first trip.

Identification and knowing where to find them wouldn’t be too much of an issue because as a big part of my training regimen, I studied the field guide. No, it was more like  memorizing sections of the field guide. I ignored the text about nesting but soaked up key information about habitat and behavior. Status indicated how likely it was to see each bird and after collating that with sites to be visited, I figured that I would see 400 plus species.

The only problem was that I had based my assumptions on the only birding I knew (that of the temperate zone) and therein lay my fundamental error. I had no idea how different the birding would be even though I didn’t have any experience with many a tropical avian family. Although I saw over 300 species in 3 weeks using only public transportation, I was intrigued by why I saw so few antbirds, missed so many supposedly common species (according to the book), and why rainforest birding could be so…birdless. If you have already birded the neotropics, then you are probably aware of how it differs from birding in habitats much closer to home. If you have yet to bird Costa Rica or any other tropical habitat, the following are just a few of the ways that birding in Costa Rica differs from watching birds in places like Illinois, New York, France, or California: 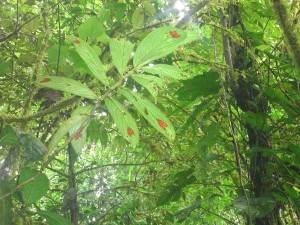 Love the evergreen vista of moss and plants, now where are the birds!? 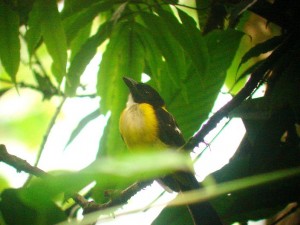 Learn the vocalization of the White-throated Shrike-Tanager to locate this striking species and the fantastic mixed flocks it associates with. 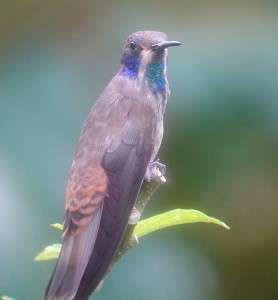 One day, Brown Violet-ears were common at El Tapir. They were absent a month later. 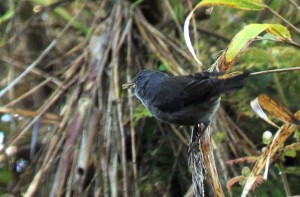 Peg-billed Finches were common on Poas and Barva in patches of seeding bamboo. Once the bamboo was done, they were nowhere to be found. 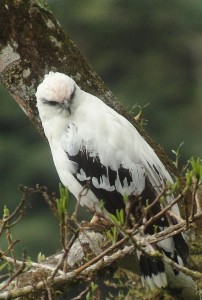 Like many raptor species in Costa Rica, the White Hawk is uncommon but regular in rainforest. 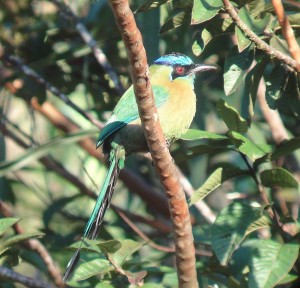 Blue-crowned Motmots are one of the more stunning garden species in the country. 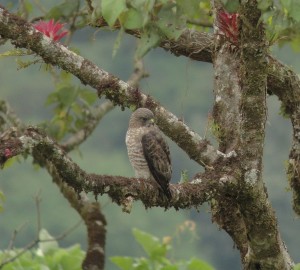 Wintering Broad-winged Hawks are the most commonly seen raptor species in Costa Rica.

To sum things up, don’t expect birding to be anything like that of the temperate zone and don’t expect to see all of your target species on a short trip. However, spend enough time in the field and you can expect to see a good variety of birds as well as some rarities. As with just about anywhere, expect to see the most if you hire an experienced guide, especially if that person is good with vocalizations.

4 replies on “How does Birding in Costa Rica differ from that of the Temperate Zone?”

Patrick, Thanks for a good read

Great explanation Patrick! What you say about birding in Costa Rica is so very true. The wonderful thing is that an unknown bird can appear at almost any time, and so it’s exciting every time you get out into the field.

[…] the last year about birding the tropics.  Most of the information state that birding tropics is a completely different experience than birding the mid-latitude temperate climates.  So it might be a good idea to either go with a […]