Last week, I paid a visit to El Tapir for a morning of birding with my friend Susan. The weather looked good (no forecast of constant rain), and the foothill rainforest is always worth a visit, and not just for the hummingbirds. Other species live in that mossy forest too, including rare ones like Rufous-vented Ground-Cuckoo, Bare-necked Umbrellabird, and Gray -headed Piprites. It was one last hoorah of birding to see if I could add a few more species to my year list. I did add one, an Ashy-throated Chlorospingus, not a very rare species but one more for the year nonetheless. Upon arrival, we had our rarest species of the day, a Black-and-white Hawk-Eagle that flew out of the forest and directly overhead. I had already seen it for the year but any sighting of this rare raptor is always welcome! 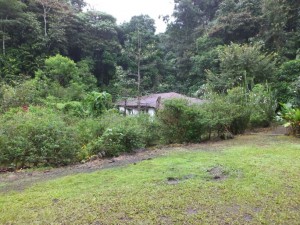 The view at El Tapir.

The flowering bushes were kind of slow for hummingbirds (and we did not see Snowcap), but we still had fine views of a male Black-crested Coquette, Green Thorntails, and a few other species. 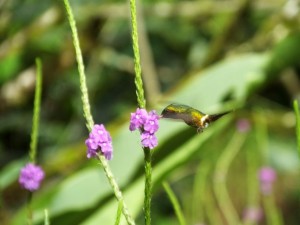 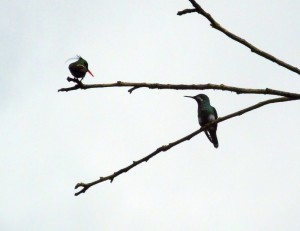 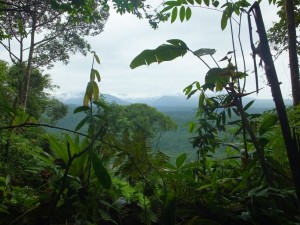 We scoped the overlook for a fair bit but only turned up a few toucans. 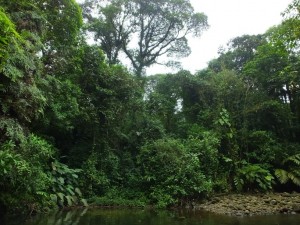 The forest was kind of quiet but we still managed some good ones, including White-crowned Manakin, Black and yellow Tanager, Spotted Antbird, and 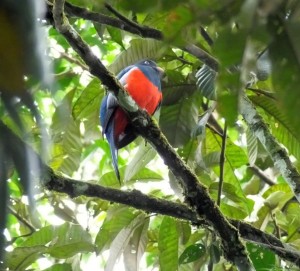 No Sunbitterns on the stream but it was nice to hang out and see if the small fish eat bits of crackers (they did). Back in the forest, although we failed to find our cotingas or antswwarm, we still had a few flocks with Checker-throated Antwren, White-flanked Antwren (pretty uncommon in Costa Rica, at least in the places that most birders frequent). 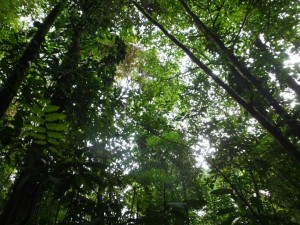 So, nothing major but still picked up one year bird and always a special place to visit. To reach El Tapir, head down route 32 from San Jose towards Limon, pass through Braulio Carrillo national Park, and watch for the Quebrada Gonzalez ranger station on the right. From there, El Tapir is around one kilometer further down the road, on the right. Although you probably won’t see a sign, it’s the first place on the right just after the ranger station. Open the gate, go on in, and pay the caretaker $12 when he comes out.

I have written about it before and am happy to do so again. The Poas area is an easy, fun way to see a bunch of nice birds, and the photo opps aren’t that bad either. Last Friday, I was reminded of that while guiding around Cinchona and Poas. It would be a lucky break to see something like Black-breasted Wood-Quail and other species of the forest floor because most of the birding is done from the road, but that doesn’t leave out a lot. We actually heard the wood-quail near Cinchona and had excellent looks at 100 or so species. These included such birds as: 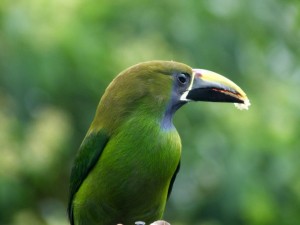 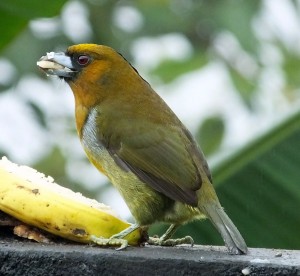 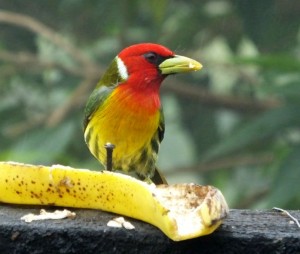 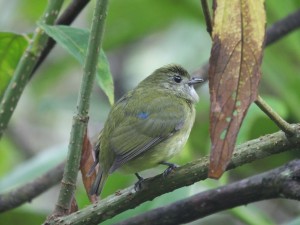 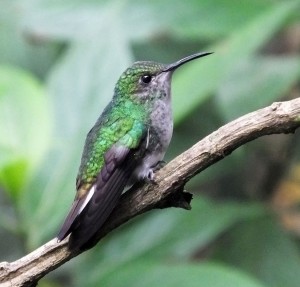 White-bellied Mountain-gem, and several other hummingbirds. 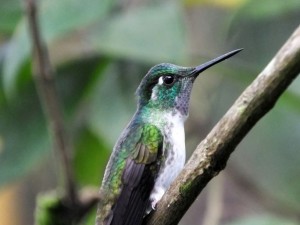 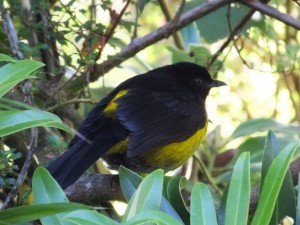 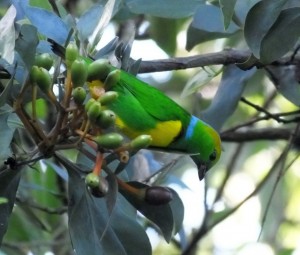 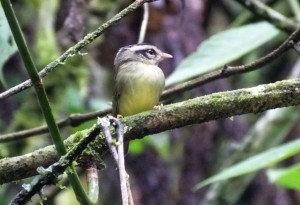 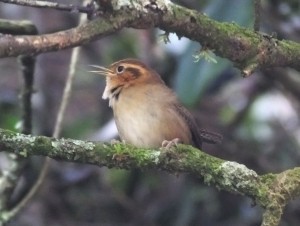 There were lots of other species that I didn’t get pictures of. Buffy Tuftedcheek, Streak-breasted Treehunter, and several other Furnarids showed well, as did Long-tailed Silky-Flycatcher, and various other birds.

Saving one of the best for last, we finished off the day with roosting Bare-shanked Screech-Owl!

For more detailed information about birding sites throughout Costa Rica, get How to See, Find, and Identify Birds in Costa Rica.

“Tis Christmas count season and all through the woods, birders were counting every bird that was stirring, tweeting, and flying as much as they could”. As with every properly done Christmas count, that can act as a brief summary for what we did on Saturday, December 5th. The following is a more detailed one about the event:

Many thanks goes out to Diego Quesada (Diego Birding and Nature Tours), Juan Diego Vargas, and Jheudy Carnallo for organizing this year’s count, and Finca Luna Nueva for hosting us!

December has kicked off with am imaginary “bang!” and Christmas count season is nigh in Costa Rica. Most counts take place two weeks from now, but one key, counting bonanza happens in a few days and I will indeed partake in the challenge. Since the count season overlaps with the family events season, this will probably be the only count I can do. Having been stuck indoors for too many days, I am more than ready to merge back into the tropical forest and focus on the bio-surroundings. I’m still not entirely sure where I will stay for the count (counts in Costa Rica are usually a multi-day event), but one of the coordinators is doing his best to help me and a couple friends figure that out. In the meantime, these are some suggested preparations for keeping things on the ball during count day:

I may or may not be following my own suggestions but I know that if I do, I will see more birds. Happy counting!