The second month of the year has begun and anyone working on their year list should be well underway with that endeavor. Time is a wasting, go get them birds! Since the start of the year, I have followed that policy as well as I can and it’s paid off with a good selection of key species from few trips afield. But that’s not really why I am writing this post. This one is going to deal with the latest in birding-related news for Costa Rica, I hope it’s of help! 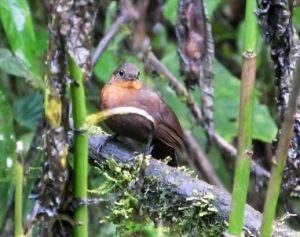 This Tawny-throated Leaftosser at Virgen del Socorro was a welcome find, and even more so because it perched for photos! Looking forward to finally putting images of this tough species on field guide apps for Costa Rica and Panama.

The current dry season and cold fronts: It’s dry and windy in the Central Valley and the Pacific northwest. That’s normal for this time of year although the cold fronts hitting the Caribbean are reminiscent of weather in December. That translates to lots of cloud cover and rain, and that’s a good thing for those wet forests.

Lots of trees have fruit: At least, that’s the way it looked a few days ago around Virgen del Socorro. Most trees were covered in fruit and we had a good number of tanagers. I suspect the same thing is going on in much of the Caribbean foothills and lowlands. Check it out, that’s where a lot of birds are going to be, especially elevational migrants like Black-thighed Grosbeak, Black-faced Solitaire, cotingas, and who knows what else? 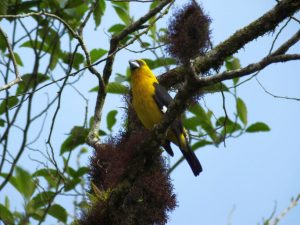 An order for a plan to protect Corcovado National Park: Excellent news! Hopefully, this will come to pass because for the past five years or so, the park has been pretty much besieged by illegal gold miners who also hunt within the park. I just hope and pray that they haven’t managed to kill any of the last remaining Harpy Eagles that may occur in the Osa, nor that such a travesty happens before effective protection takes place. Since challenging logistics and regulations keep most birders out of the park boundaries, most don’t actually visit the park itself. But, quite a few do bird in lodges just outside of the national park and effective protection will result in healthier bird populations for those areas as well. It goes without saying that most of us birders are all about protection of special places with lots of birds whether we visit them or not.

Lots of good birding in the usual places: From eBird reports, it looks like most of the expected species are being seen in commonly visited sites. In other words, the birding is good, expect to see a lot!

Cinchona Colibri Cafe charges for photo sessions: If you visit the Cafe Colibri with a DSLR, expect to pay $10, and they may eventually charge an hourly fee. Since they have a new feeder set-up down below, both barbets are regular, and Buff-fronted Quail-Dove has been showing up, the fee is a pretty good value. 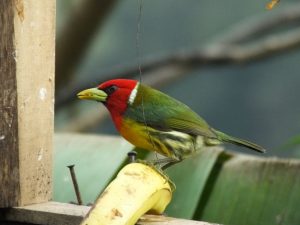 A Red-headed Barbet from the Cafe Colibri.

San Luis Canopy Tanagers?: I heard a rumor that they are no longer feeding tanagers at this site between La Fortuna and San Ramon. Whether this is true or not, the site still merits a visit because fruiting trees attract the same set of tanager species and other birds.

Cano Negro is jamming: The recent (and perhaps on-going) wet weather have flooded fields on the road in to Cano Negro. Those have been good for Jabiru and lots of other target wetland species. I wish I were there!

The Chomes situation: I haven’t been there recently but what little I have heard doesn’t sound so good. Another rumor but given the appearance of the place and settlers moving in to the pond area, it might be true that the site is no longer being managed for shrimp and salt production. If this is true, the ponds at this classic site probably won’t be as suitable for shorebirds as in the past. If so, hopefully those same birds can find enough refuge in the gulf itself. As for us birders, it might be harder to find Mangrove Rail, and shorebirding will be even more limited, the best spot being the Punta Morales ponds at Cocorocas. 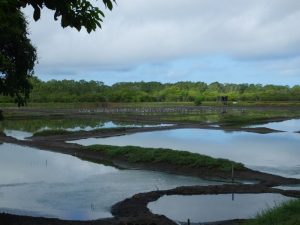 I hope this news helps, and hope to see you enjoying the birds and nature of Costa Rica!