Costa Rica might have a lot of raptors on the country list but we don’t really see them very often. They are out there but populations are naturally low, and many require high quality forest. Well, lets just say that there are more in high quality forest because there’s just more food available.

Ironically, the problem with seeing lots of raptors in Costa Rica is related to the high levels of biodiversity. Basically, hawks of all sizes have to compete with other hawks, flycatchers, and other birds. The result is fewer hawks but the flip side of the birding coin is more species of hawks. Nevertheless, some places are better for seeing more raptors in a short amount of time than others, and one of the best ones near the Central Valley is the Cinchona-Virgen del Socorro area.

This spot is an excellent site to hang out and wait for raptors because the area is easily accessed by good roads (it takes about an hour and 15 to 20 minutes to drive there), and there are several spots that overlook a forested canyon. As a bonus, this area is also close enough to Braulio Carrillo to up the odds of having a few of the rarer species fly into view.

Some of the species to look for: 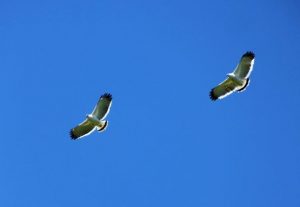 The Socorro area is one of the classic sites for this beautiful hawk. Look for it perched in the canyon or just flying around on sunny days. 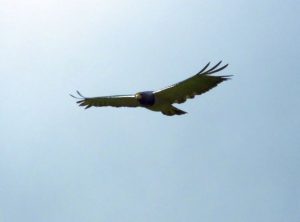 This one is also best seen on sunny days as it soars, calls like a gull, and displays. Its shape is a heck of a lot like a Black Vulture. 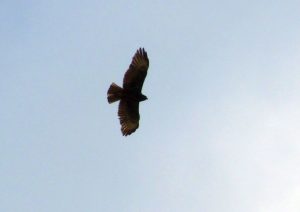 One of the more commonly seen raptor species in Costa Rica, including this area. 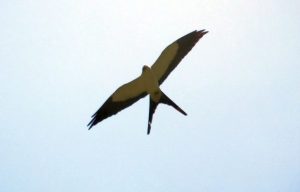 From February to August, this expression of avian elegance is commonly seen around Cinchona and Socorro. 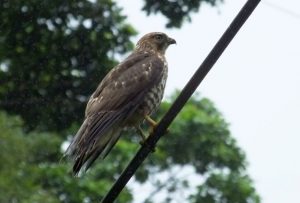 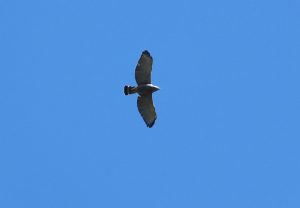 Another commonly seen species, this adaptable hawk is a good one to know because it can occur almost anywhere in the country.

A pair or two lives in the canyon. In the early morning, watch for them perched on snags, including the one near the Colibri Cafe. We also see this species soaring or in flight and looking a lot like a White-collared Swift in the process.

In addition to the two regular vultures, bonus birds can also show up including Ornate and Black and White Hawk-Eagles, and Great Black Hawk. On the San Miguel section of the road, you might also see Laughing Falcon, Double-toothed Kite, and King Vulture. In the past, Solitary Eagle was also regular in this area. Although it hasn’t been seen for several years, maybe it could turn up again?