No matter which country or region, in any field guide, there are some bird species that we look at, think, “Oh I would love to see that one” but then quickly discard that thought after reading that the bird is “very rare”, rarely seen, or other similar discouraging statements. In Costa Rica, the Unspotted Saw-whet Owl tops that list of much wanted birds tossed into the sad, “not likely to be seen” bin.

For most of Costa Rica’s birding history, this little owl was a veritable mystery. It was assumed to live high up in the mountains and in Oak forest but beyond that, had been encountered by very few people. In 1994, while camping in primary high elevation rainforest on a hike up Chirripo Mountain, I was pretty sure I heard one in the middle of the night. I didn’t see it but the bird made the same tooting notes as its saw-what brethren up north. At the time, I couldn’t be entirely sure that it wasn’t a Costa Rican Pygmy-Owl but in retrospect, am quite positive that I had heard one of these special mini owls.

Since then, I have seen it a few times on Irazu and Turrialba Volcanoes and have heard it in the upper reaches of the Dota Valley. Those few times have seen it were thanks to Ernesto Carman, a local ornithologist and guide who spent many hours looking for the owl. It actually took him years to find it until he looked in the right places, in the right conditions, and during the right months. Once he found the birds, it wasn’t long before he and a few other people began to study the owls. The long, cold nights at high elevations have paid off with excellent, much needed information about these birds and Ernesto and his companions at Get Your Birds aren’t done yet!

Recently, they published an excellent website that details the work that get Your Birds has done for the Unspotted Saw-whet Owl Project. Note that on this website, there is also that very intriguing part about going to see the owls…

If you are looking to support a worthwhile birding project in Costa Rica, this would be a good one! Hopefully, I will get a chance to personally see how the project is coming along some time this month. 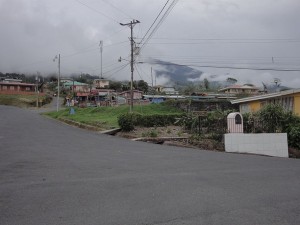 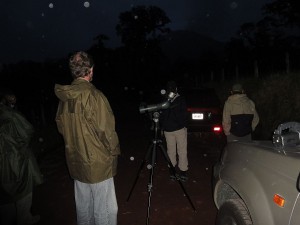