Last week, Costa Rica celebrated the country’s Independence Day with parades, speeches, and fireworks. As part of those festivities, my wife and daughter also had a few days off from school. We took advantage of that extra bit of free time with a trip to Playa Hermosa in Guanacaste, something that was more than OK with me because this area also acts as an excellent base for Guanacaste birding.

With rice fields that act as wetland habitats, dry forest, and scrubby fields all within easy reach, I had plenty of bird opportunities to keep me busy, especially because our trip coincided with major shorebird migration. Speaking of shorebirds, my first stop on the way there was the wader hotspot of Punta Morales.

This area of salt ponds next to mangroves is always a worthwhile place to scope at high tide and Thursday was no exception. Hundreds of the expected species were there and although I didn’t manage to eek any crazy stints or other rarities out of the mix, it’s always a fine day when you can pick up a year bird (Surfbird this time) while looking over Marbled Godwits, Whimbrels, Willets, Short-billed Dowitchers, Stilt Sandpipers, Wilson’s Phalaropes, yellowlegs, Western, Semipalmated, and Least Sandpipers, Spotted Sandpipers, Ruddy Turnstones, and Black-bellied, Wilson’s, and Semipalmated Plovers. 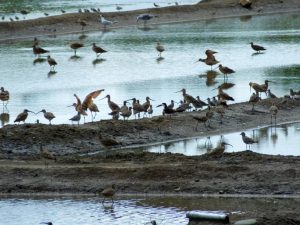 A few dry forest species also made appearances before I got back into the car and drove off, as always, wondering if I had checked over each bird well enough, and if there was a Curlew Sandpiper or some other “great bird” sleeping out of sight on the other side of a muddy berm. What flew in after I left? What showed up later that day? It’s a real shame that we don’t have constant monitoring going on there and at the other main shorebird site, Chomes.

Further north I drove, and the driving became unexpectedly wonderful where the new highway began at Canas. That section of road from there up past Liberia is now a fine, concrete four-laned highway. Enjoy the ride!

Over at Playa Hermosa, I focused on the rice fields and woodlands on the stretch of road between there and the turn-off to Papagayo. In other words, this is the route to Hermosa that does not go near Playas del Coco. Since this area has turned up serious stuff like Aplomado Falcon and Upland and Baird’s Sandpipers in the past, and seems like a good place for other really good birds to show up, it’s always worth a close, thorough check. Try as I did to wish an A. Falcon or lost Vermilion Flycatcher into existence, no major luck there, but, I was pretty pleased to get looks at the pair of Jabirus that often frequent the site. 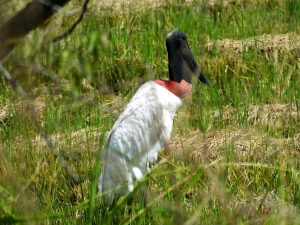 These birds come and go, it’s worth it to just keep checking.

Despite what appears to be heavy application of poison (aka pesticides), the rice fields also look like fine hiding places for Spotted Rails and other secretive marsh birds. I certainly played Spotted Rail calls here and there but got nothing in response. Well, I should say nothing definitive because I did hear an unknown rattling call that may have been a response. It never called again but since it sounded like a similar call I heard in the wetlands of Medio Queso under similar circumstances, I can’t help but wonder if that was THE BIRD. However, just like Medio Queso, this one never called again despite playing various calls of Spotted Rail (none of which match the sounds I heard by the way), and intently staring at marsh grass. 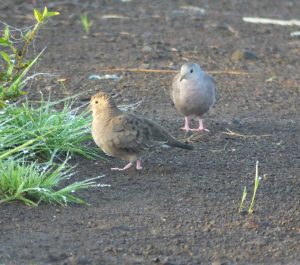 This is a very reliable area in Costa Rica for this tiny dove species.

In the patchy forested areas near the entrance to Finca Trancas and on the way to Playa Hermosa, I had fun making early morning recordings of Thicket Tinamou, Yellow-naped Parrots, Banded Wrens, Long-billed Gnatwren, Olive Sparrow, Blue Grosbeaks, and other expected species. The tinamou stayed out of sight and was only in the forested riparian zone on the way to Playa Hermosa, and I only had a handful of the parrots. I had a few small groups of Orange-fronted Parakeets as well but, oddly, no White-fronted Parrots, usually the most common Psittacine in Guanacaste. 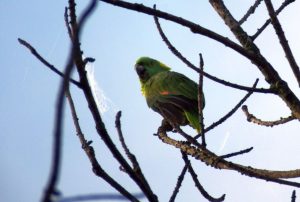 A dawn chorus along that road:

Back over in the rice growing area, I was mostly looking for shorebird habitat. A few waders perched on the muddy berms out in the rice but the best spot was a muddy field and marshy area along a road on the southern end of the fields.

This harbored some Stilt and Solitary Sandpipers, dowitchers, and a few other shorebirds, best being an American Golden-Plover. Herons, egrets, and Blue-winged Teal were also out there as well as Ernesto Carman of Get Your Birds. We both wondered what else might be hiding out there in the big expanse of marshy grass. I was hoping for a Baird’s or early snipe but no luck this time. 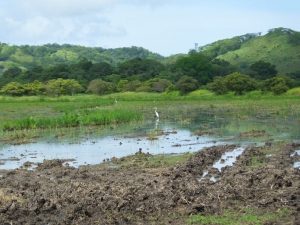 I also checked some fields over by Filadelfia and the catfish ponds but had few birds, couldn’t enter the ponds area, and the “ponds” looked pretty dry anyways. At the end of the trip, I was pleased to leave with 5 year birds, and some nice images and recordings. If you head up that way, enjoy the easy-going roadside birding and keep an eye out for anything unusual!

Some eBird lists from this trip: 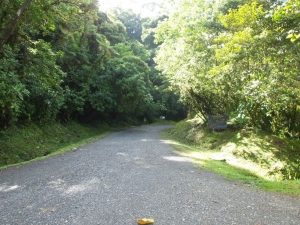 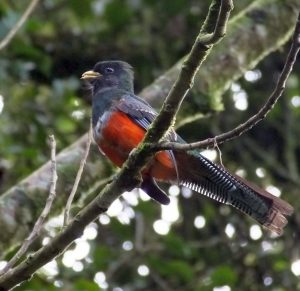 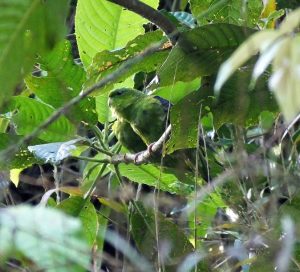 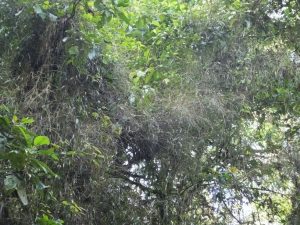 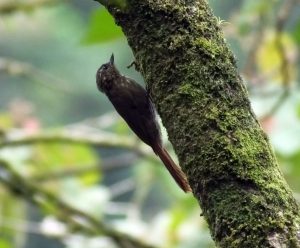