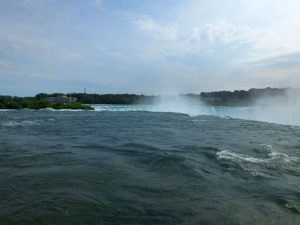 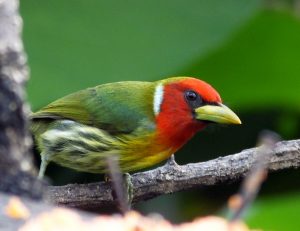 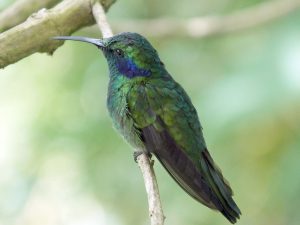 They might not be there yet, but will be as soon as the official bird list for Costa Rica is updated with the recent changes made to the AOU North America list. Every supplement to the AOU list comes with some changes but they usually pertain to Latin names or placement of species and genera on the overall list. This time, though, there are several changes for Costa Rica, including new names and armchair ticks (!). It means that The Birds of Costa Rica: A Field Guide will need to be eventually updated, and that I will have to see when we can add the new changes to the Panama and Costa Rica Birds Field Guide apps.

None of the birds are new to the country but the way we view them in a species context is. These are the changes in species and names and where to see them:

Gray-necked Wood-Rail: This common, raucous species has been neatly split into three species, with two of them in Costa Rica. Although we still have to figure out exactly where they replace each other, or occur together, there seems to be one on the north Caribbean slope, and another everywhere else. Those two new birds are the Russet-naped Wood-Rail, and the Gray-cowled Wood-Rail. They mostly differ by the amount of rufous on the nape and by vocalizations. In the meantime, though, if you see a wood-rail at say La Selva or other sites on the north Caribbean slope, it is probably a Russet-naped. If seen anywhere else, it is a Gray-cowled. So, if you have seen Gray-necked Wood-Rail on both slopes, give yourself one armchair tick. 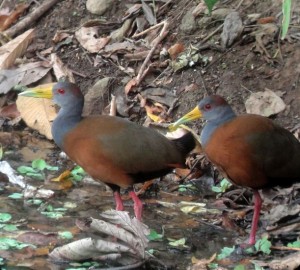 These Russet-naped Wood-Rails were seen at Lands in Love. They often hang out by the duck pond. The bird below is a Gray-cowled Wood-Rail. Yep, they look pretty similar. 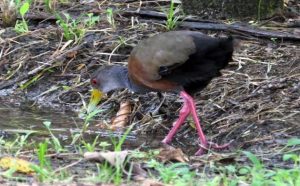 Green Violetear: Not anymore. Now, these common green, highland hummingbirds are known as Lesser Violetear! These are the same species as the former Green Violetears in South America, and were split from birds that range from Nicaragua north to Mexico. Those ones are now known as “Mexican Violetear” and it is this species that has shown up in the USA (as far as I know). If you have seen Green Violetears in Mexico and Costa Rica, give yourself another armchair tick. 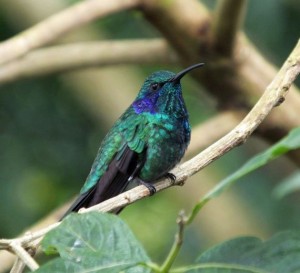 Lesser Violetears are easy to see at many highland sites in Costa Rica including Monteverde, Poas, and the Talamancas. They visit feeders and flowering plants, and call with such broken record regularity, you may feel compelled to plug your ears or chase the hummingbird away (that won’t work, it just comes back and calls again, and again, and again, and…)

Lesson’s Motmot: The former Blue-crowned Motmot has a snazzy new name. These birds are the ones we see in Costa Rica and are quite common in middle elevations and on the Pacific slope. Watch for it in hotel gardens in the Central Valley, in riparian zones in the Pacific lowlands, and in the Monteverde area. If you have seen this motmot in Costa Rica and Mexico, once again, enjoy another tick!

Plain Wren: Finally, we have the Canebrake Wren being officially recognized as a full species. Watch for it in lowland second growth anywhere in the Caribbean lowlands. You might have to watch for a while until it reveals itself because it’s a skulking pain, though. Less expected was a split of the Plain Wrens on the Pacific slope. Although we probably still need to figure out where they replace each other, it looks like birds from Quepos to Panama are now known as Isthmian Wren, and those north of there are Cabanis’s Wren. They look pretty much the same and have similar yet different vocalizations, so your best bet is to make sure that you actually see Plain Wren anywhere north of Quepos and anywhere south of Quepos. Both are common in coffee farms and second growth. If you have seen Plain Wrens in the Caribbean lowlands, in the Central Valley or Monteverde, and around La Gamba, pat yourself on the birding back with two armchair ticks! 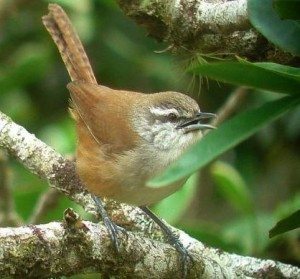 This is a Cabanis’s Wren, the Isthmian looks pretty much the same.

Costa Rica Warbler: This was part of a three-way split from the Three-striped Warbler. The original Three-stripeds live in the Andes, while the Costa Rican is yet another highland endemic of Costa Rica and western Panama. The third member of the Three-striped taxo club is the Tacarcuna Warbler, a species only found in highland sites in eastern Panama. Look for the Costa Rican Warbler at any cloud forest site including the La Paz gardens, Monteverde, and many other sites. It’s fairly common and if you have seen this bird in Costa Rica and South America, help yourself to one more armchair tick.

Thanks to the AOU, it looks like I just added 6 species to my lifelist! I hope you did too.